by
See the full article at
Skift
↗︎︎︎
Startups come and startups go. But it's worth looking at Gordian Software regardless. Big-name airlines have taken a sudden interest in the tech vendor, and their interest highlights a broader opportunity for them in upselling ticketed flyers. Sean O'Neill, Skift 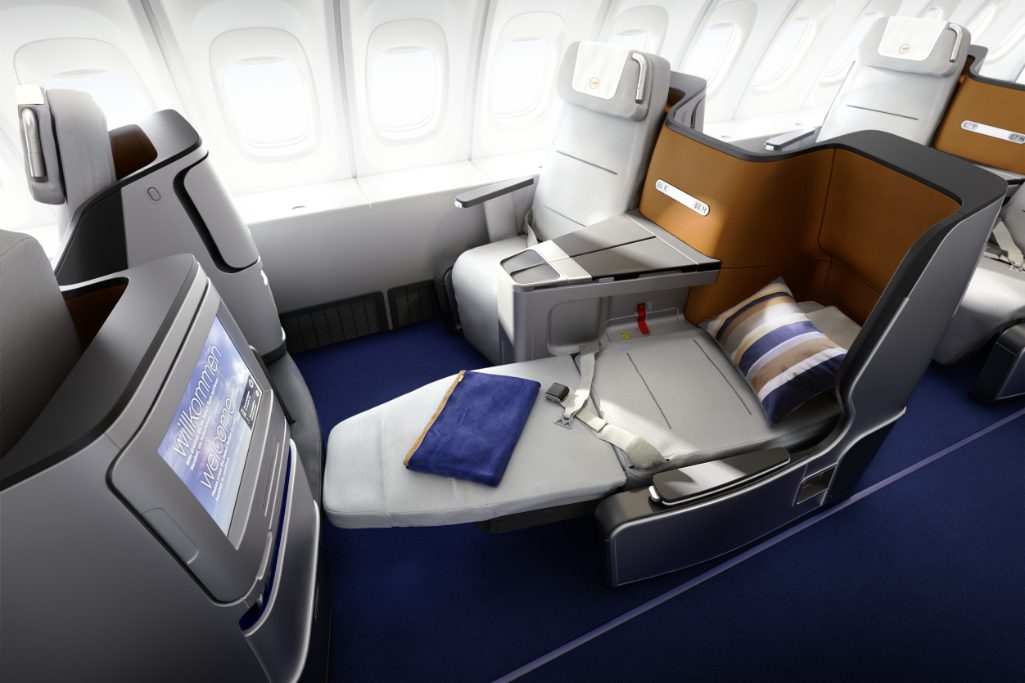 Lufthansa Group‘s airlines have begun to use technology from startup Gordian Software to help power the upselling of add-ons through Priceline, Hopper, and other online travel agencies, Skift has learned. To Lufthansa’s eyes, the startup is just another tech vendor among dozens. But for the Seattle-based startup, the deal is a significant win.

Gordian — which focuses on helping airlines peddle add-ons such as seating assignments and checked baggage — has recently signed a flurry of deals. It now supports more than 90 airlines, including Air France, American Airlines, British Airways, China Eastern, China Southern, Delta, Emirates, Etihad, Finnair, Ryanair, Singapore Airlines, Qantas, and United. The company helps these airlines upsell passengers typically after, but sometimes during, booking tickets on Trip.com, Kiwi.com, and about 200 other travel agencies and resellers.

“We now have an annualized revenue run rate of $70 million, which is 14 times what it was at the start of the year,” said Gordian co-founder and CEO Stephen Grabowski.

Companies helping airlines sell with greater digital savvy have become quite common. What makes Gordian Software unusual is it found a surprisingly underserved niche in upskilling brands such as TravelPerk and LastMinute.com at upselling ticket buyers after they’ve booked tickets.

Many airlines will need to flog evermore varieties of extras to regain profitability post-pandemic. That may explain many airlines’ sudden interest in Gordian. Yet the story of how this small company founded in 2017 has grabbed the attention of so many large players in such a short time is notable for what it says more broadly about industry dynamics.

While many other tech vendors have focused on helping airlines with the shopping and booking parts airline sales, Gordian has concentrated on the post-booking part, where they fine-tune the upsell.

Since 2014, many large airlines are losing money on the base ticket on many itineraries that they only make up from a margin perspective by selling ancillaries.

So you might have thought they had learned by now to play the upsell game. But you’d be wrong. A large opportunity surprisingly still remains at hand to convert more ticket buyers into buyers of add-ons.

“One example is that we recently made a change with one of our partners where we were able to increase their attachment rate of seat selection by 50 percent by making some specific user-interface changes and running some A/B tests against it,” Grabowski said. “So it’s definitely not a solved problem from even from a front-end perspective.”

The online travel agency said it saw strong uptake, or “high attachment rates” in the industry jargon. So this month, it said it has had made Gordian the sole provider of seat selection on more than 70 airlines for its “millions of customers.” Hopper offers Gordian-powered seats to customers during ticket selection.

“Gordian’s solution is unique in the market and enabled us to launch seat selection using a fraction of the resources we would have used if we built the product internally,” said Scott Brodows, head of Hopper Flights Marketplace.

Low-cost carriers such as Ryanair, Spirit, and AirAsia have for years generated roughly a third to nearly half of their top-line revenues from the sales of extras such as reserved seats, priority baggage, and in-flight meals. But they also typically do much of that upselling directly via their websites and mobile apps. Larger airline groups are still playing catchup in both offering ancillaries and in selling them across channels.

“The moment when I knew that Gordian had legs was after I had cold-emailed several airline people at the senior vice-president level who I didn’t know,” said Gordian CEO and Co-Founder Stephen Grabowski. “I expected that these people wouldn’t respond to cold emails. But I got a 70-ish percent response rate and was landing meetings with these folks.”

Airlines often haven’t been getting any upsells in these online channels because the agencies weren’t offering them. So any gain is flowing directly to their bottom line. As a result, ordinarily bureaucratic carriers found ways to prioritize the integration.

“Airlines are large enterprises that usually take months to give access to outside developers to their technical systems,” Grabowski said. “But one major carrier gave us production access within two weeks. They did it because we had a big OTA [online travel agency] come on board that was a major distribution channel. After we emailed them to say, ‘This is what we think the business case would look like for you to partner with us,’ they acted surprisingly fast.”

So what is Gordian Software — a graduate of the Y Combinator startup accelerator in 2019 — doing exactly?

It has two products. One is essentially a data feed that an online travel agency takes and layers on top of its own user interface for selling the extras.

The startup’s other product is essentially snippets of code that an agency can put on its website or mobile app. The code gives Gordian control over what the travel shopper sees, such as the names of the upsells, bundles, and prices. That lets the company detect patterns in purchasing behavior, such as if upsells on long-haul flights are more popular than short-haul ones and what points in a process do consumers abandon a purchase. It uses that data to refine the merchandising.

Most online travel agencies may use between 10 or 20 sources for aggregating flight ticketing content, but they may not have integrated feeds for the ancillaries for all of those channels. The lack of consistent content was a problem. Shoppers might get confused why they sometimes see offers and sometimes don’t.

For the few agencies that have gone ahead and offered upsells, they have typically had to do, say, 10 different integrations to fetch content from all of the most popular airlines. Gordian is marketing itself as a way for resellers to have a single integration with it instead.

Many established players have been offering ancillaries for years, including the global distribution systems Amadeus, Sabre, and Travelport, some aggregator tech firms, and the larger airline groups themselves that have launched direct distribution channels through tech vendors such as Accelya and Travelfusion.

When an online travel agency uses multiple ancillary providers, Gordian has to track metrics to if it does a better job on volume airline by airlines.

“For example, many times when a consumer selects a seat on a seat map, the selection gets dropped from the final booking,” Grabowski said. “We’re focused on avoiding technical failures like that. We’ve had situations to show a greater than 50 percent increase in terms of actual seats booked compared with other ancillary providers.”

So far, so straightforward. But travel isn’t complicated. Aircraft can get switched out, which can mean a seat assignment a customer paid for is no longer available. Grabowski claimed his company checks to make sure the ancillary remains valid and intact.

“We raise it to the airlines, saying, ‘Hey, this customer should receive a refund for X, Y or Z reason,'” Grabowski said. “Or we will manage that customer service ourselves.”

Some industry nerds may wonder who issues the so-called “Electronic Miscellaneous Document,” or EMD, for the ancillary? That depends on the content provider’s business model. Sometimes the airline issues it, and sometimes the global distribution system that connects airlines to agencies does it.

In short, there’s a lot of complexity for tech vendors like Gordian to tame.

One perplexing area is the “bundles” that airlines have been offering lately. Some low-cost carriers will bundle other services with their extra legroom upsells, including priority boarding or a free checked bag and seat selection with the purchase. Yet today, many online travel agencies still don’t have user interfaces that can explain the bundles because of a mix of technical and commercial obstacles. Fixing that could boost sales.

Business travel is another opportunity. Let’s say you return to being a frequent business traveler after the pandemic eases and you have status in an airline’s loyalty program. When you book leisure travel on that same airline, you may qualify for perks, such as a complimentary free checked bag. But it remains a technical and commercial challenge to connect all the dots behind the scenes and make sure that a shopper sees offers and pricing that reflects what they qualify for.

A challenge facing travel management companies is how they can round out their offering by adding ancillaries in a way that doesn’t require them to make deep changes in their ticketing strategy, given their complicated recent conversations with airlines about distribution.

To tackle the above segments, Gordian Software said its next task is to design, build, and launch an API [an application programming interface] to standardize searching and purchasing any airline product. That is easier said than done. The 50-employee company hasn’t disclosed its funding, though Crunchbase says it closed an $8.1 million round this month.

Grabowski and co-founder and chief technology officer Joe Sarre aren’t new to the travel sector. Both previously worked at Skyscanner, the price-comparison search engine. (Sarre was among the first 15 employees at Skyscanner.) Grabowski got his start working at Google’s travel division ITA Software. These experiences gave them views of the problems of online selling and behind-the-scenes integrations.

“We see the market for us is helping airlines do upsell anywhere they want that’s not their own direct ticketing,” Grabowski said. “That means not just OTAs, our market right now, but also travel management companies and metasearch and even airlines who have interline or code-share or virtual interlining partnerships where they have had difficulties offering ancillaries from some of their partner airlines.” 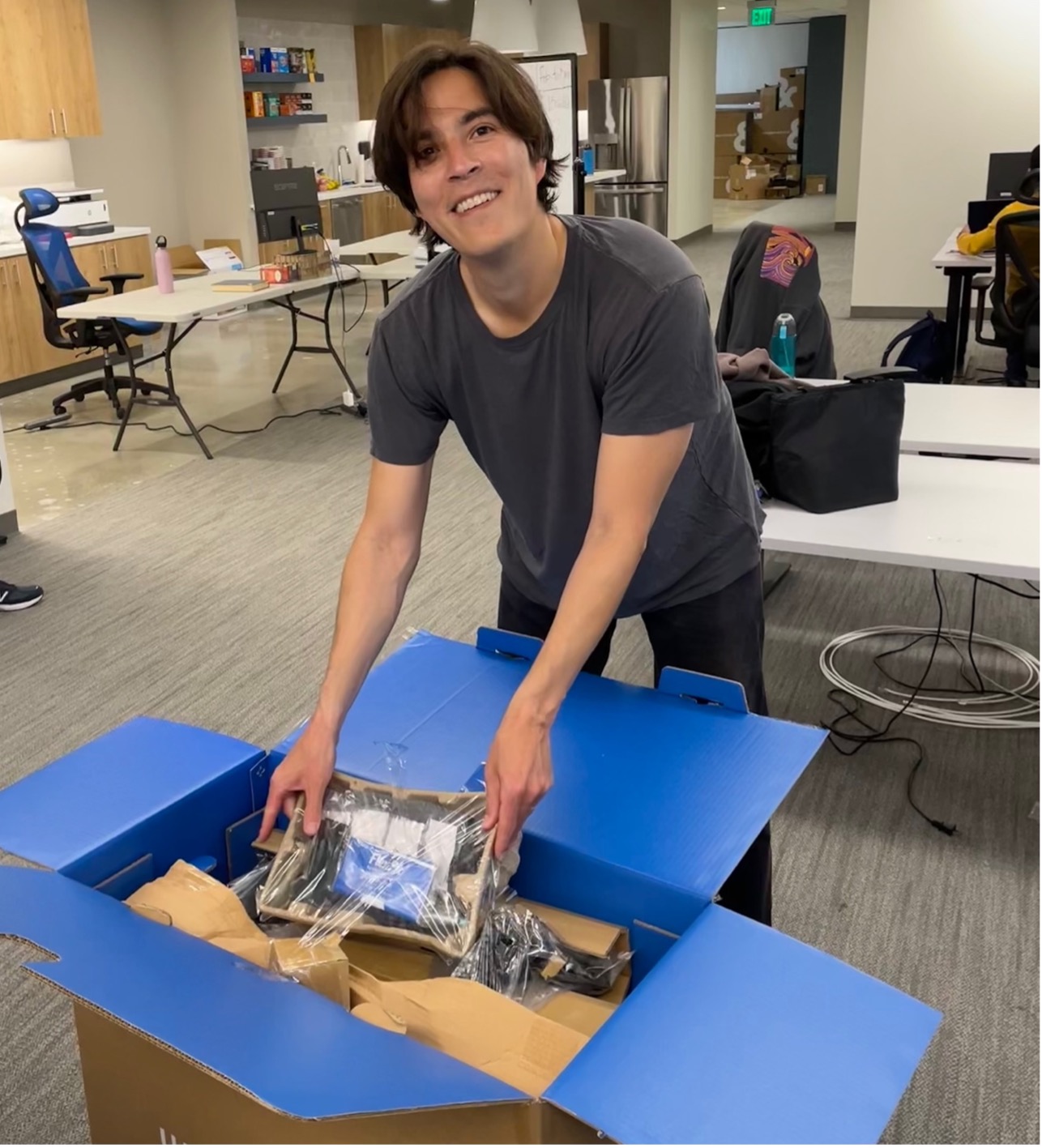 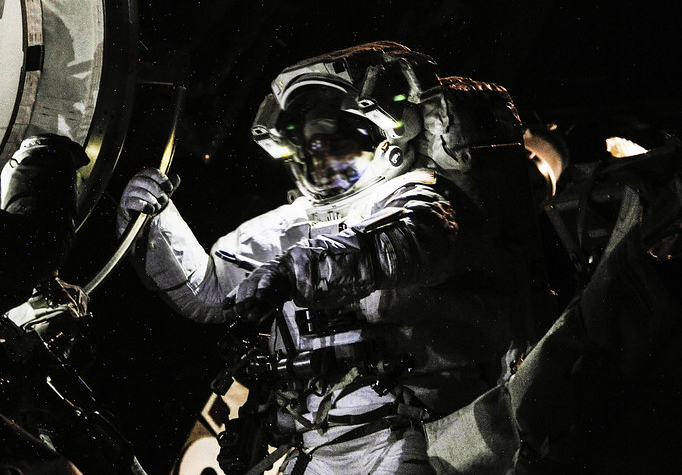 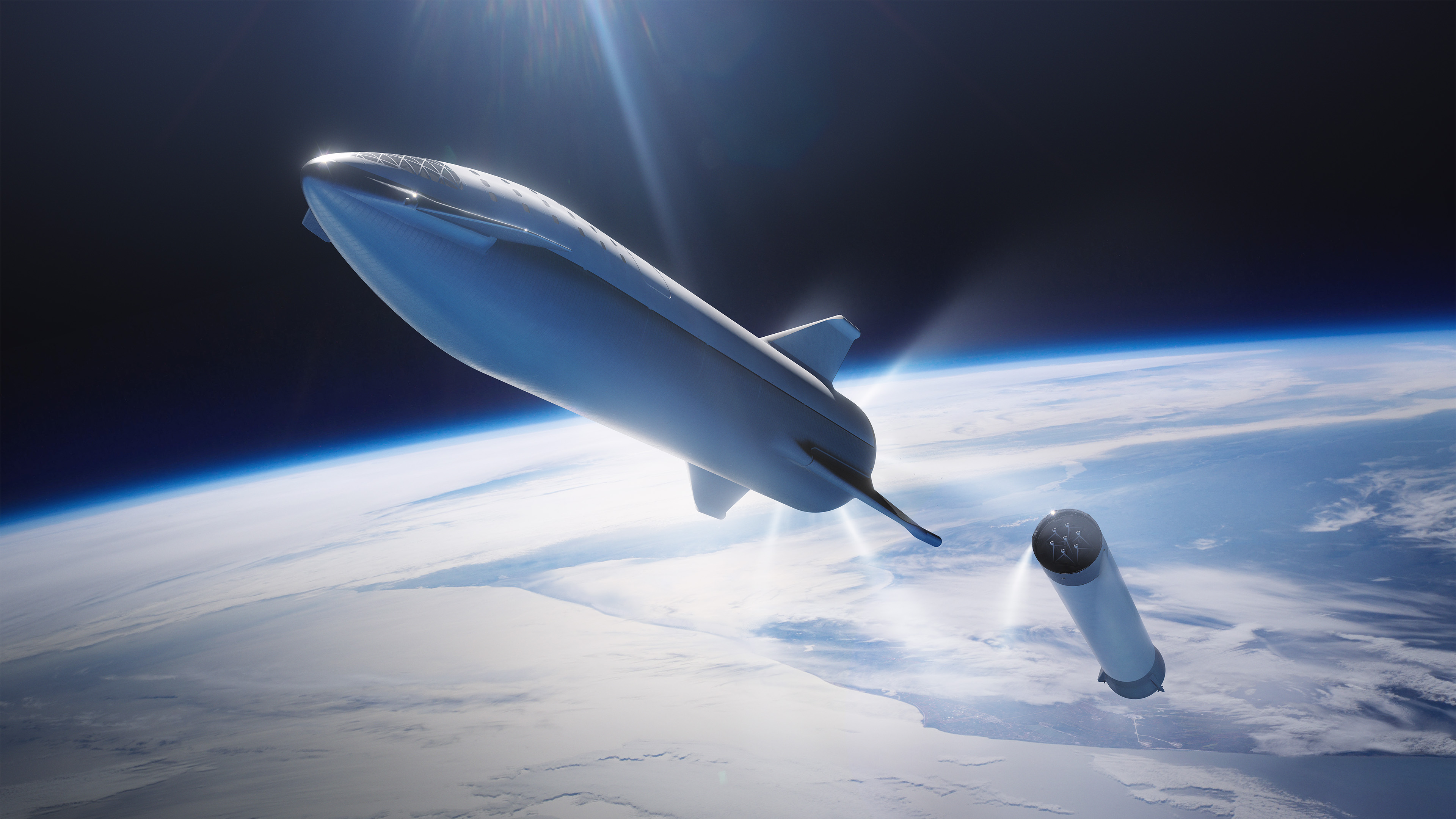 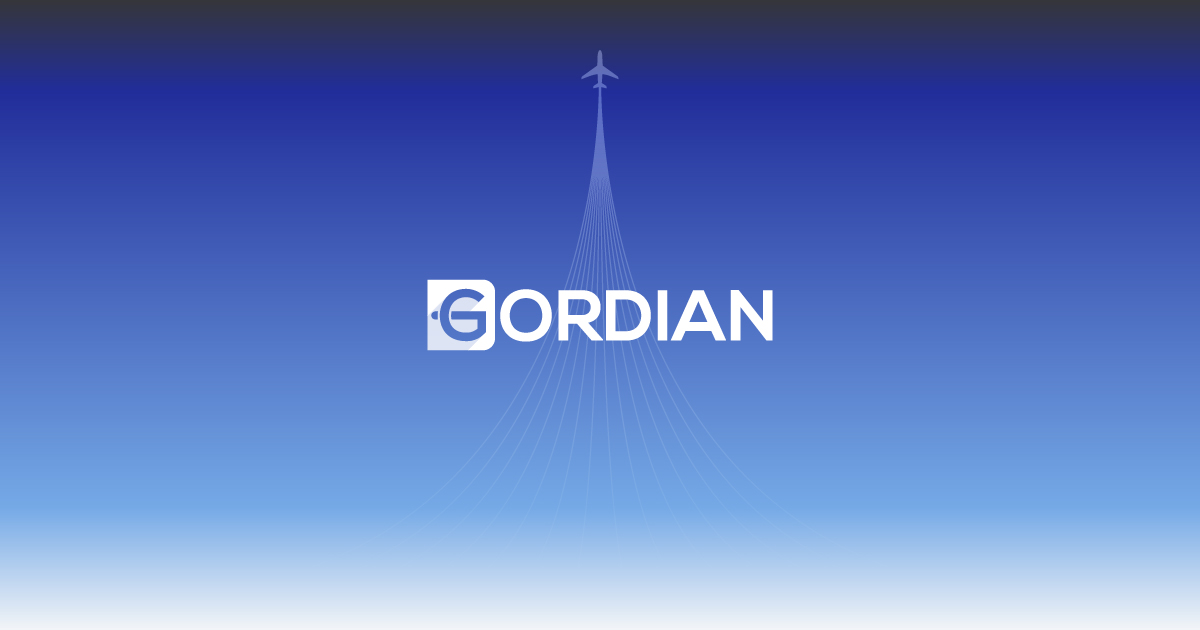 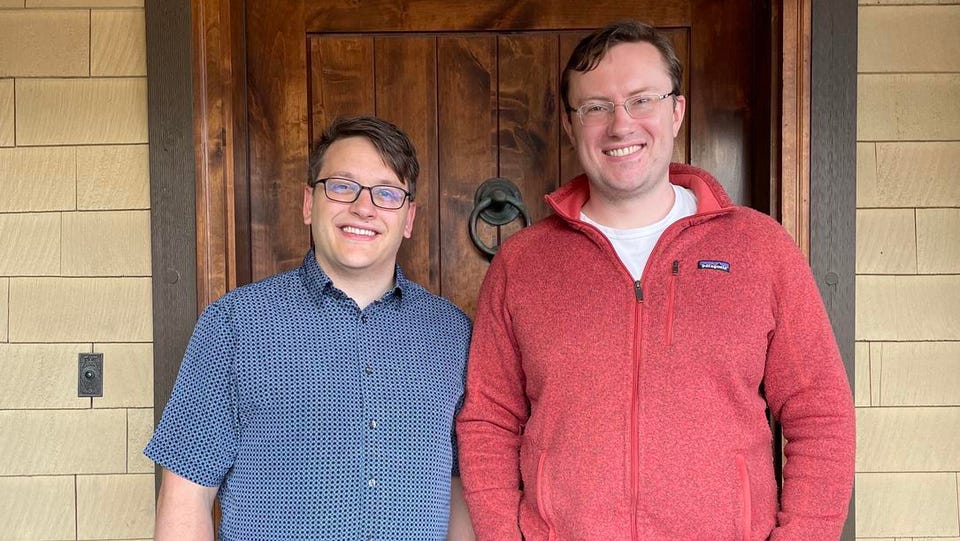 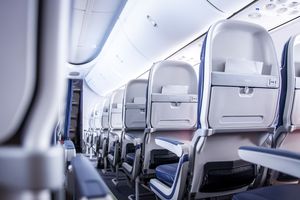